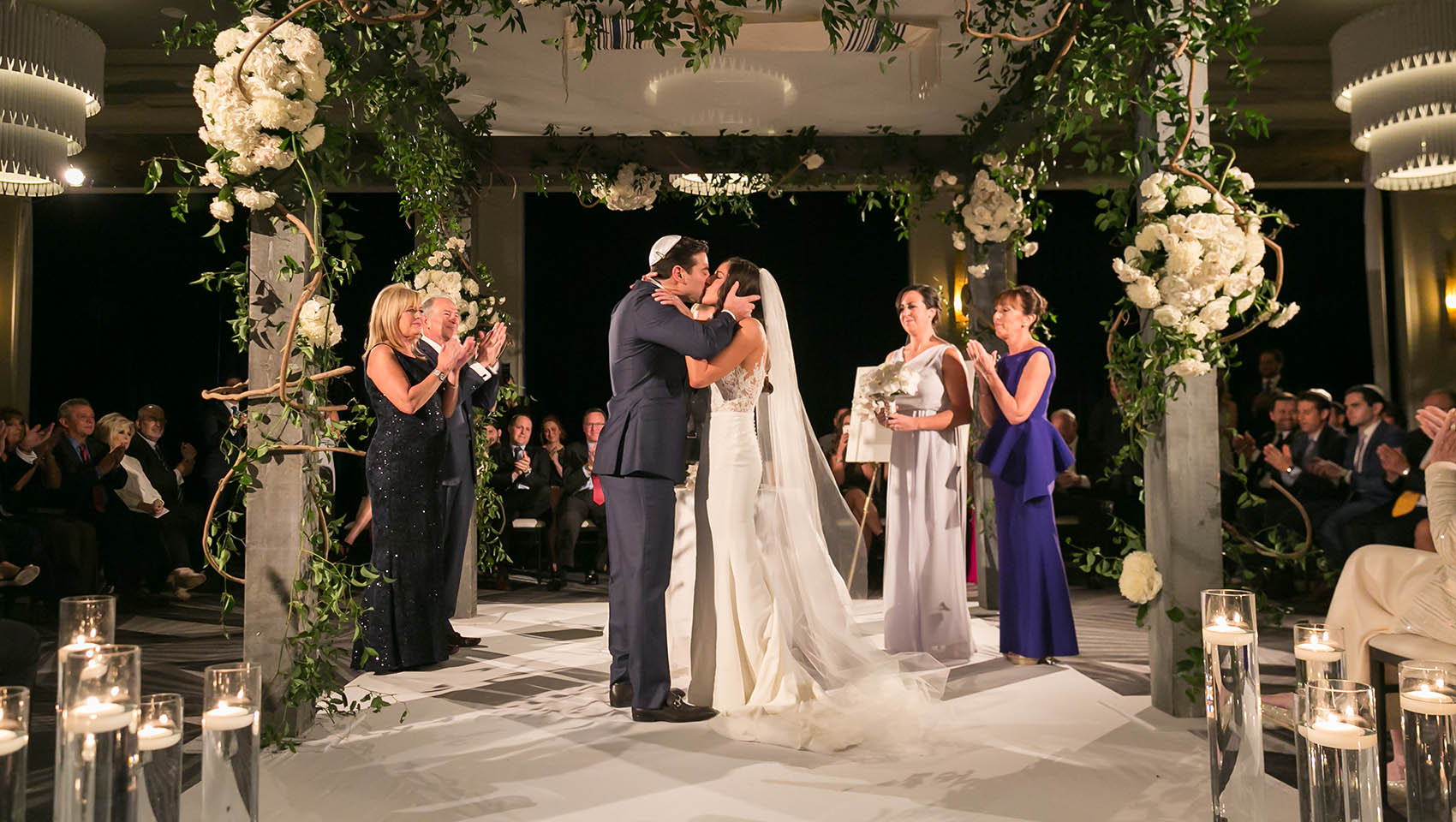 Cooking up romance at a diner

Set up by a mutual friend, Melissa and Scott’s first date was an early breakfast at the popular Nookies diner in Chicago’s Old Town. Scott, an ER doctor, arrived straight from an overnight shift wearing scrubs, while Melissa was dressed for her job as a marketing director. Apparently love was in the eggs that morning, because the two later became engaged in the same restaurant. 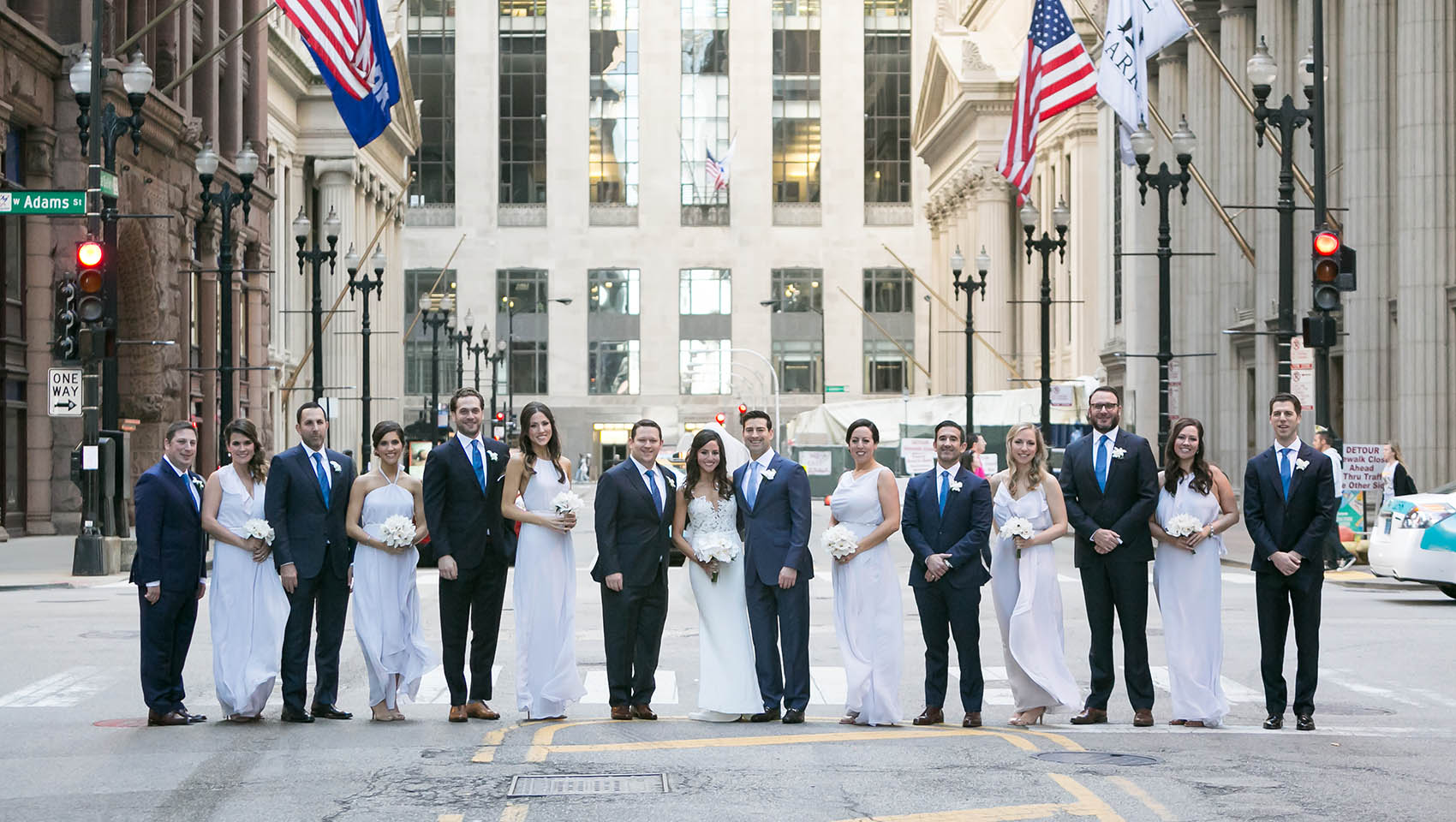 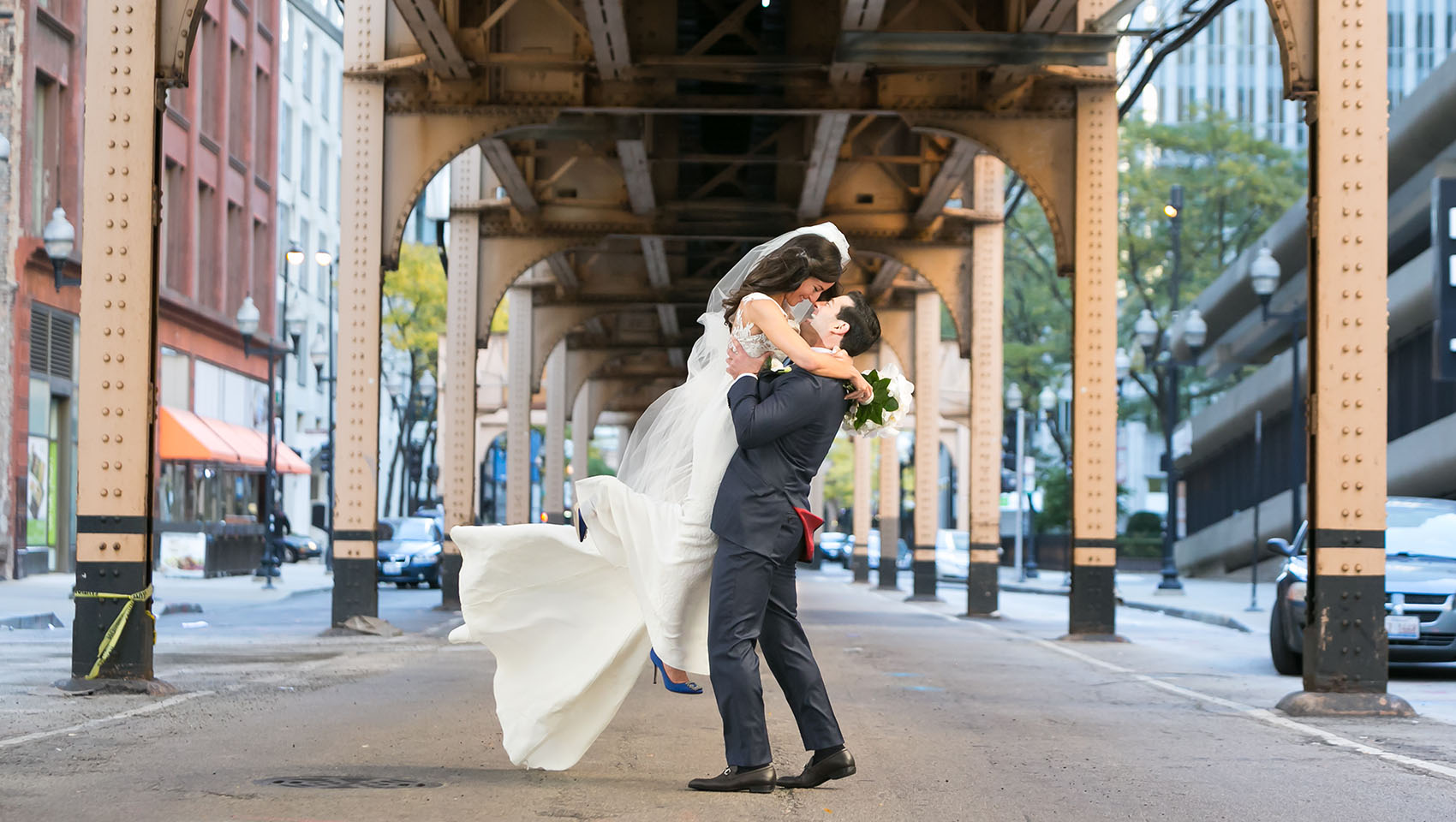 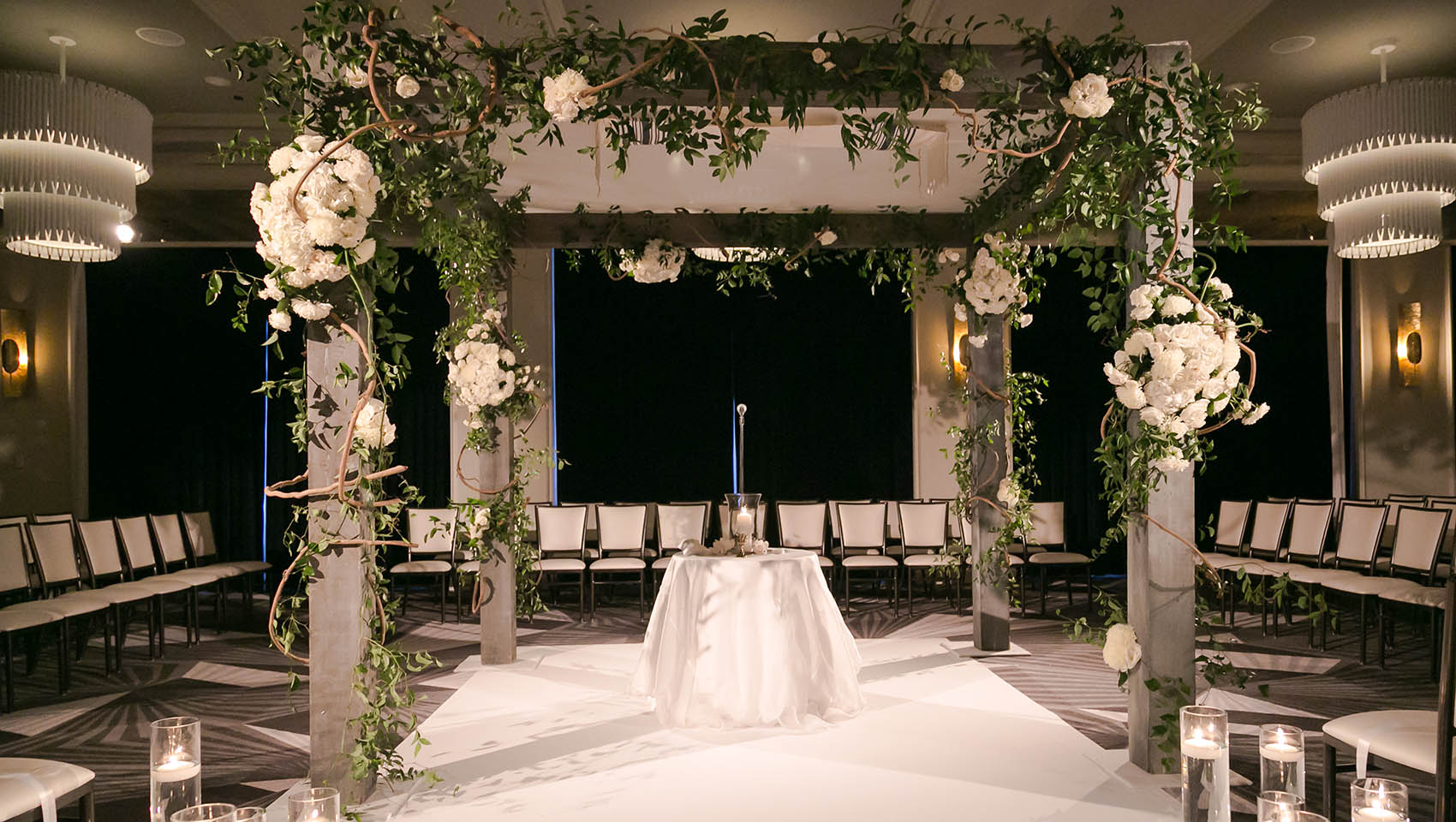 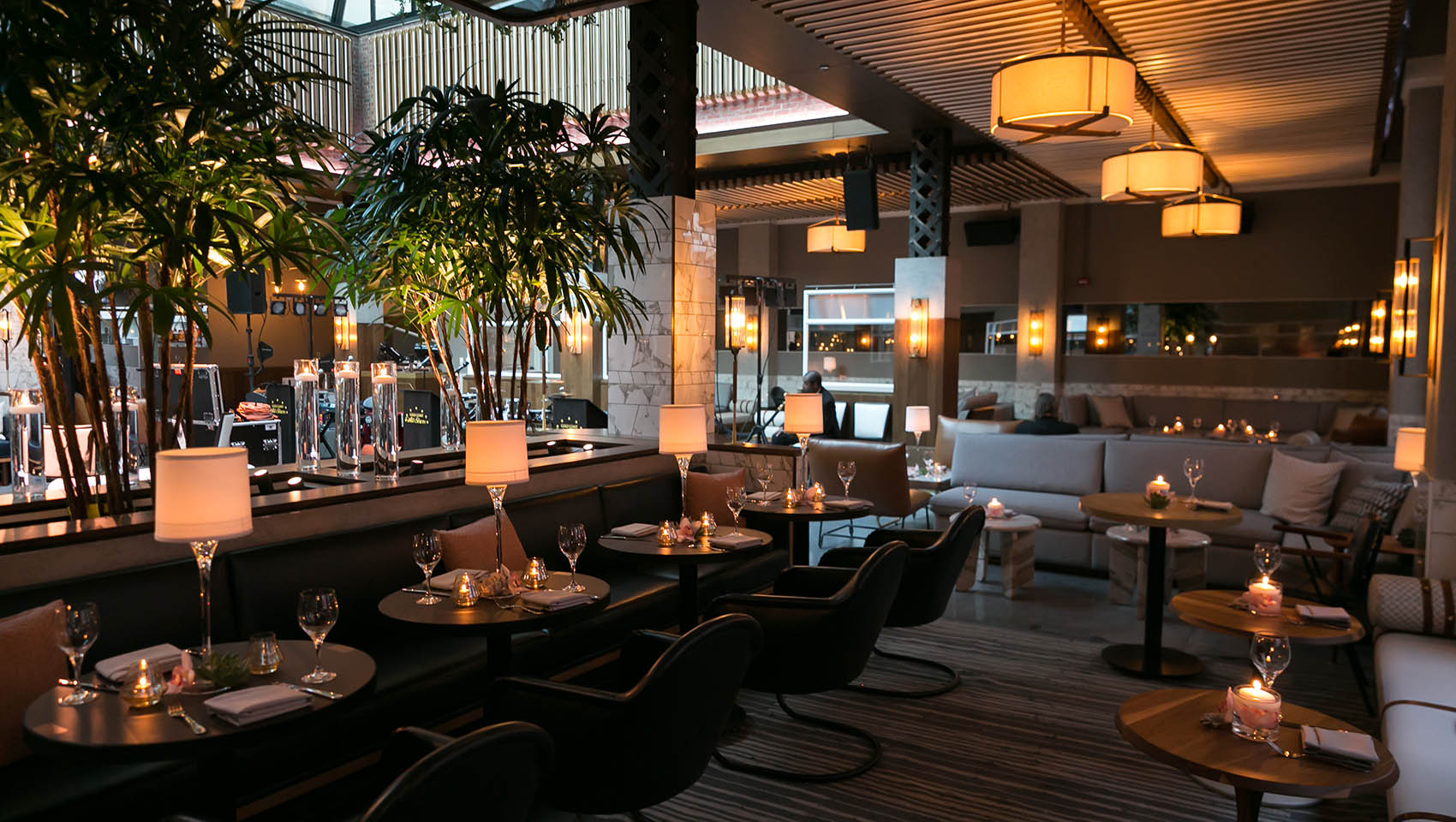 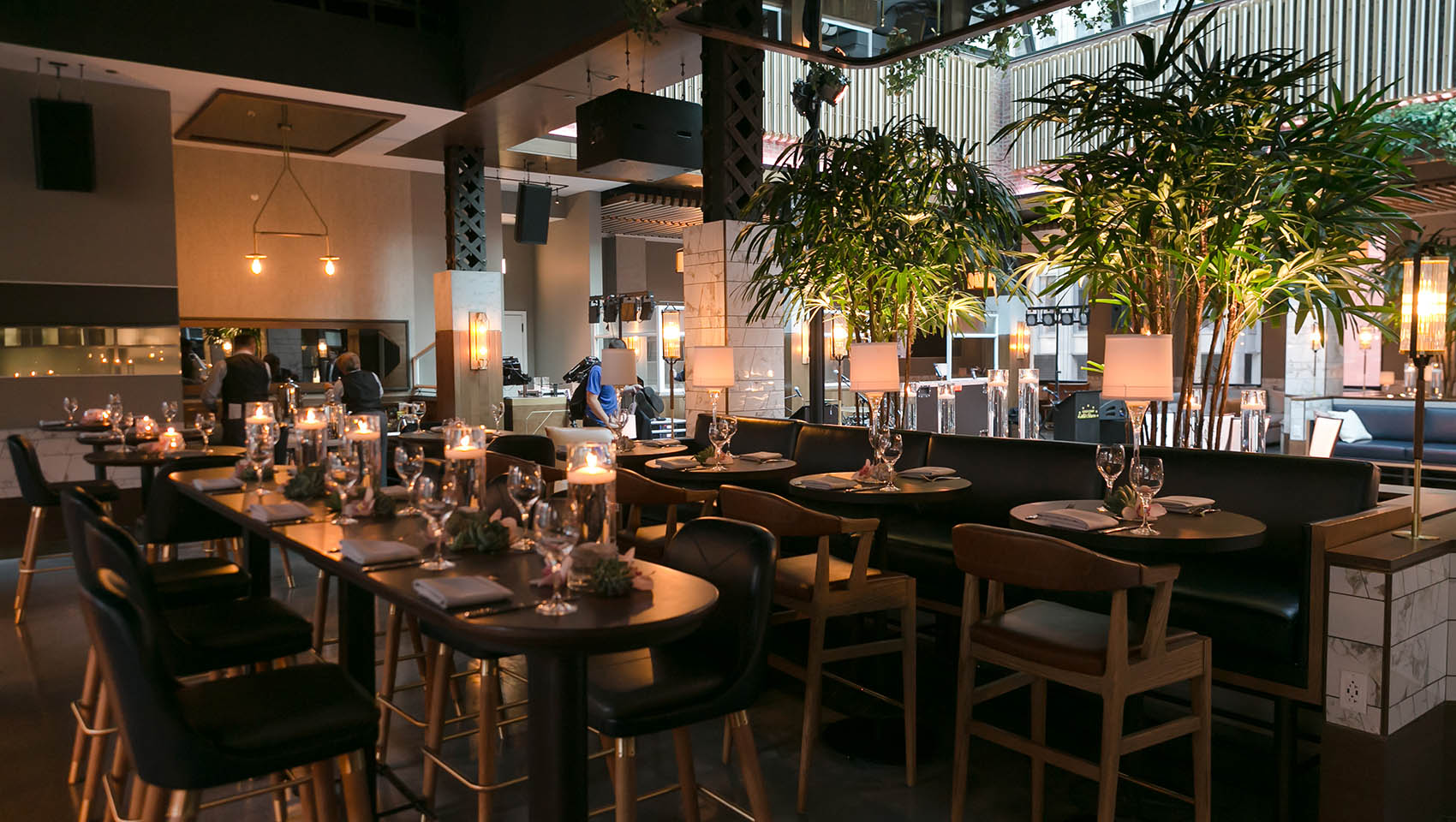 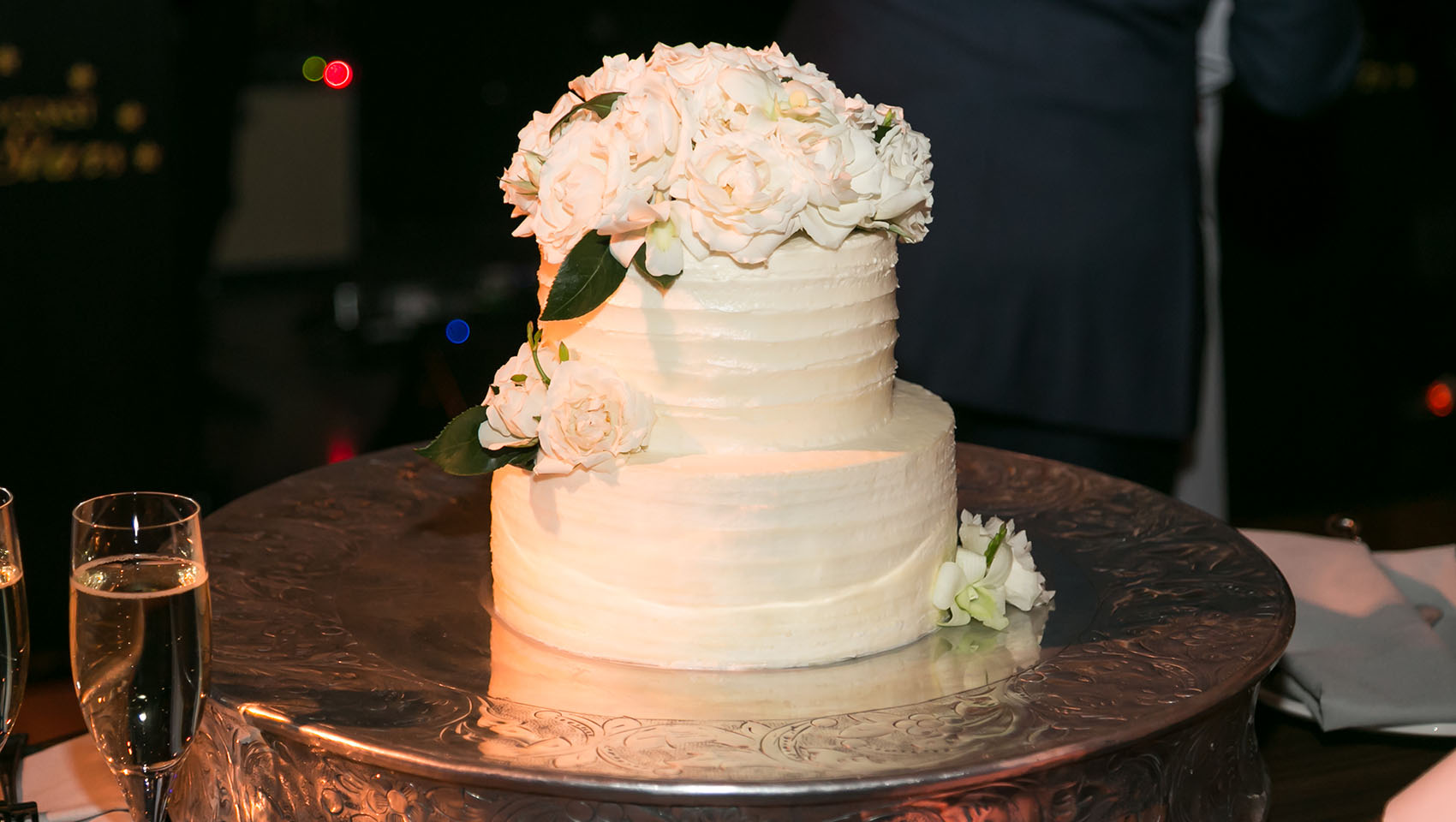 Honoring the father of the bride

Melissa and Scott originally planned to tie the knot at a destination wedding in Mexico. But two months before the ceremony, Melissa’s father unexpectedly passed away. Somehow they found the strength to move forward with the nuptials, honoring her father’s memory by relocating the wedding to Chicago. Kimpton Gray Hotel was selected as “the perfect place,” says Melissa. 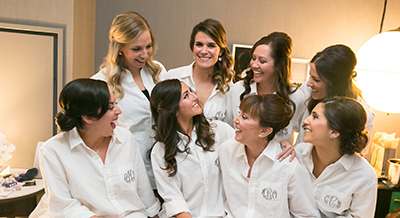 “Kimpton Gray Hotel was exactly what we were looking for: intimate, warm and chic.” 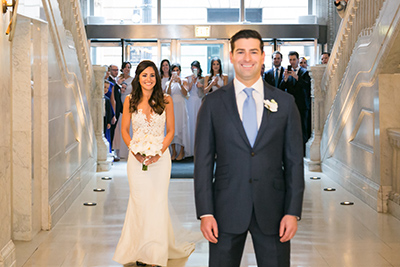 Standing in the dramatic entryway of The Gray, Scott prepared to see his bride in her wedding dress for the first time. As she approached him from behind, the wedding party watched in anticipation, surrounded by the intricately carved Georgia gray marble. Scott turned to see Melissa, and broad smiles crossed their faces while the photographer captured the moment. 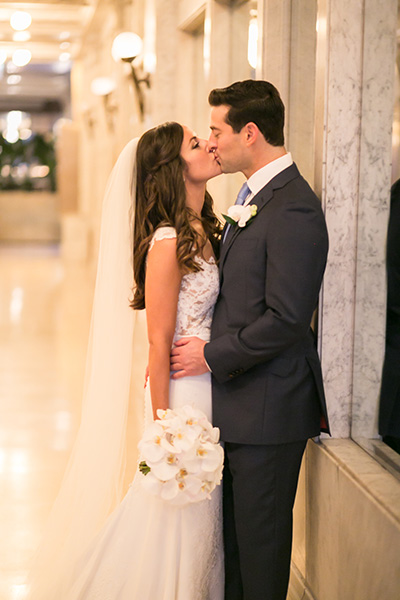 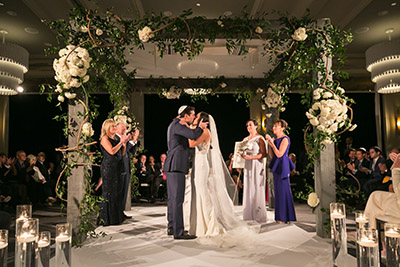 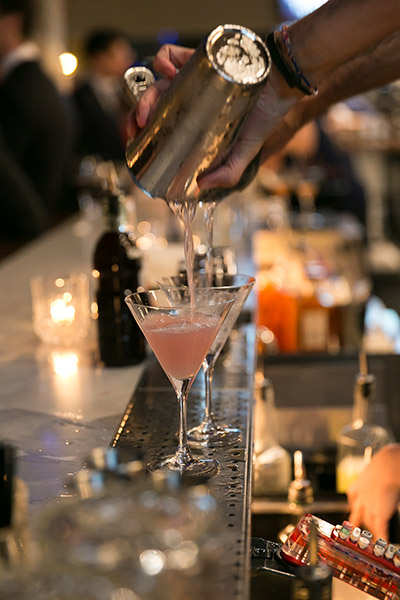 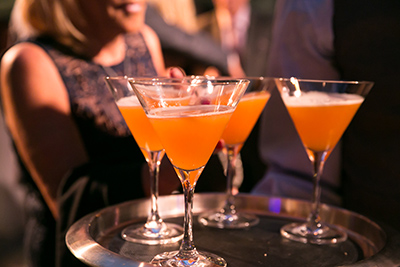 “We had a picture of my father and me printed on fabric and sewn inside the front of my wedding dress.”

A traditional Jewish ceremony was held in the Adler Ballroom. Seating was in-the-round for a warm, intimate feel, and the beautiful huppah was draped with Melissa’s father’s prayer shawl. For both the cocktail hour and the reception, The Gray’s rooftop Boleo restaurant welcomed guests with lively botanicals, a dramatic bar and retractable roof, “which we were lucky enough to open the night of our wedding,” says Melissa. 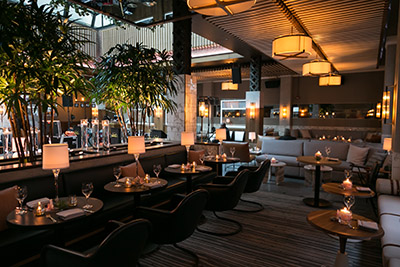 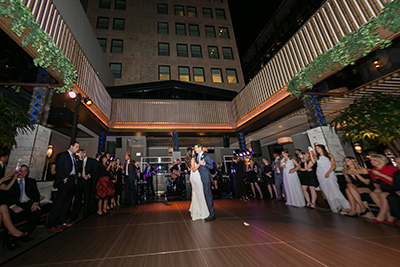 “Mark of the Man”

Melissa’s father had a favorite drink: vodka martini with three blue-cheese-stuffed olives. Boleo bartenders created a specialty cocktail in his honor, dubbing it “The Mark of the Man.” Guests also enjoyed the “Samlan Sparkler,” crafted with guava and strawberry chilcano. Fabulous fare included House-Made Tortillas with Chicken & Beef Asada, Chilean Sea Bass and Lemon & Grapefruit Penne Pasta. All our wishes for a wonderful life together, Melissa and Scott. 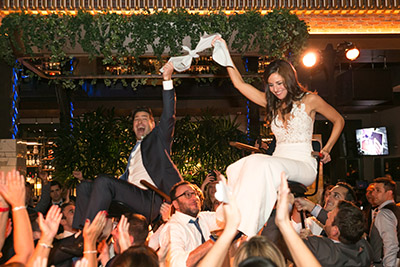 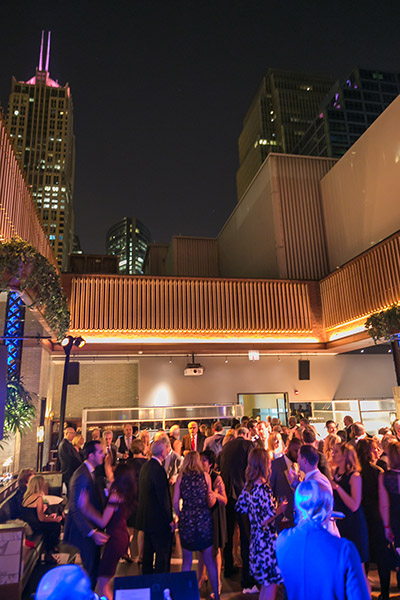 The Gray’s Boleo rooftop lounge “kept the energy up all night.”