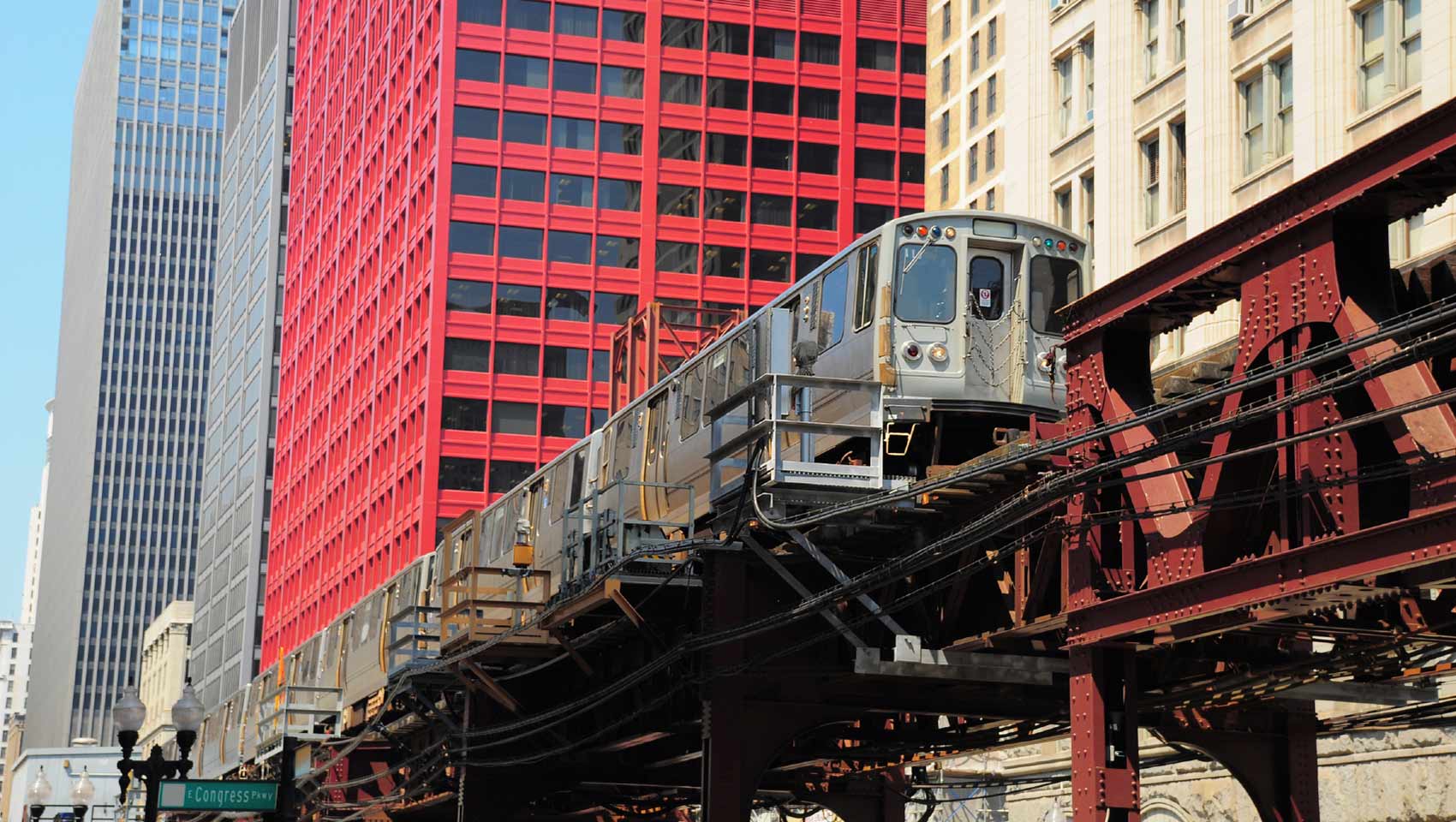 Just down the road: Union Station

Union Station is one of the busiest spots in the city, thanks to its role as the primary terminal for commuter trains and the only intercity rail terminal in Chicago. Not only is it functional, though, it’s also beautiful — even if you aren’t riding the rails, it’s worth a look at the Beaux Arts–style Great Hall, with a pink Tennessee marble floor, more than a dozen Corinthian columns, terra-cotta walls, and a truly magnificent barrel-vaulted ceiling. Daniel Burnham, the architect who designed the space, once said, “Make no small plans, they have no magic to stir men’s blood,” and it’s clear he stuck to that ethos when creating this show-stopping room.